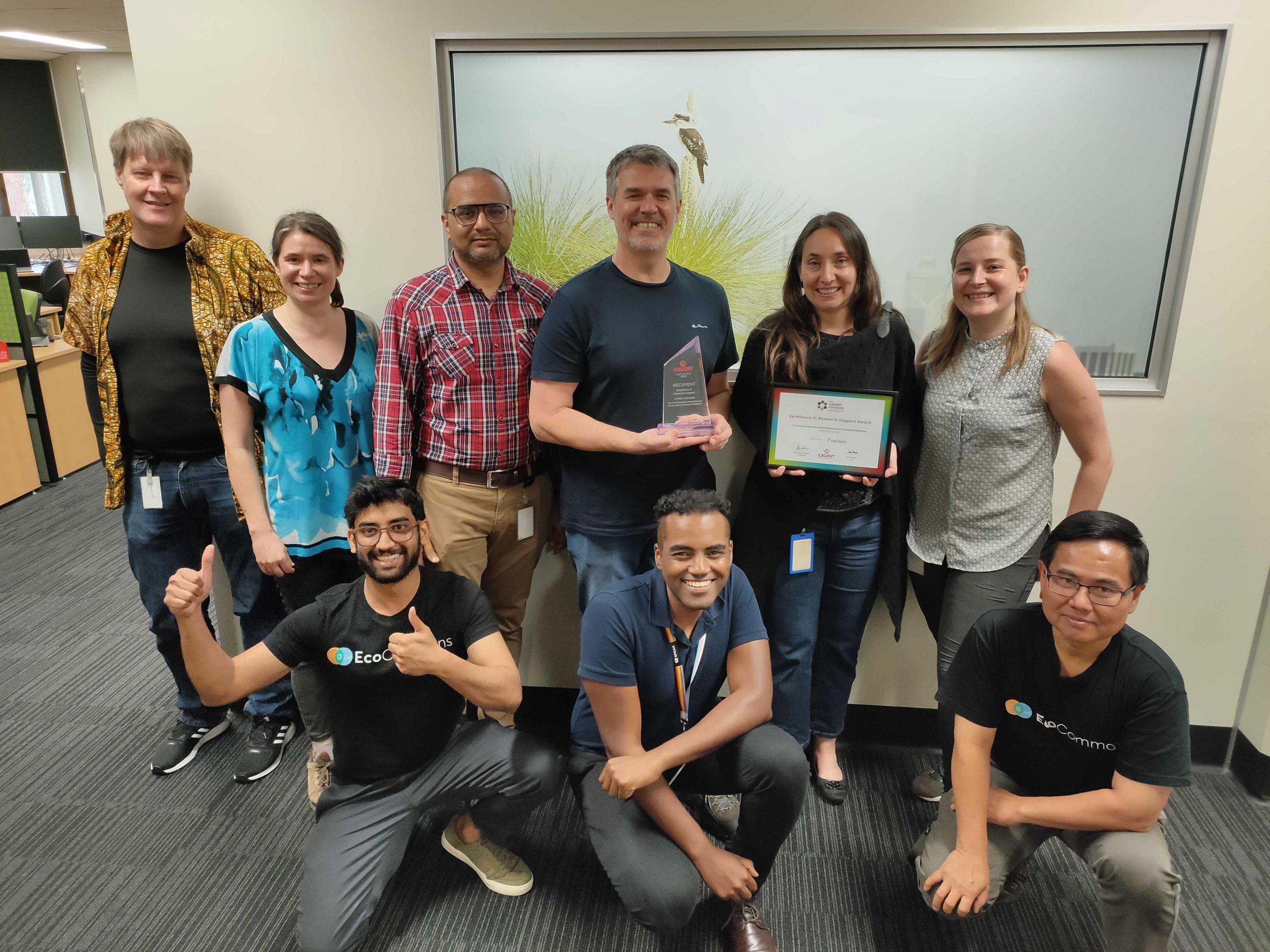 The annual CAUDIT Awards highlight excellence and innovation across the higher education and eResearch sectors and recognise, celebrate and promote the outstanding achievements and innovation of staff working in IT at CAUDIT member organisations.

Both platforms were joint winners of the Excellence in Research Support Award which highlight excellence in the application or innovative use of digital technology in support of research activities within the membership, and in particular work that has had a positive impact on how research is undertaken.

The winners were announced at a ceremony held on 13 October at the Spring Members Meeting in Brisbane.

Dr Elisa Bayraktarov, EcoCommons Program Manager, added: “This is fantastic news! We are very proud to be recognised by CAUDIT in their annual awards. EcoCommons launches in November and this award demonstrates how important the platform will be for our community of researchers.”

Twelve months ago, Biosecurity Commons partnered with EcoCommons to leverage the core platform architecture and infrastructure the team had developed and build the world’s first virtual laboratory for the biosecurity sector.

This new biosecurity project will build on and extend the functionality of the existing workflows in EcoCommons and deliver a cloud-based decision-support platform for modelling and analysing biosecurity risk and response.