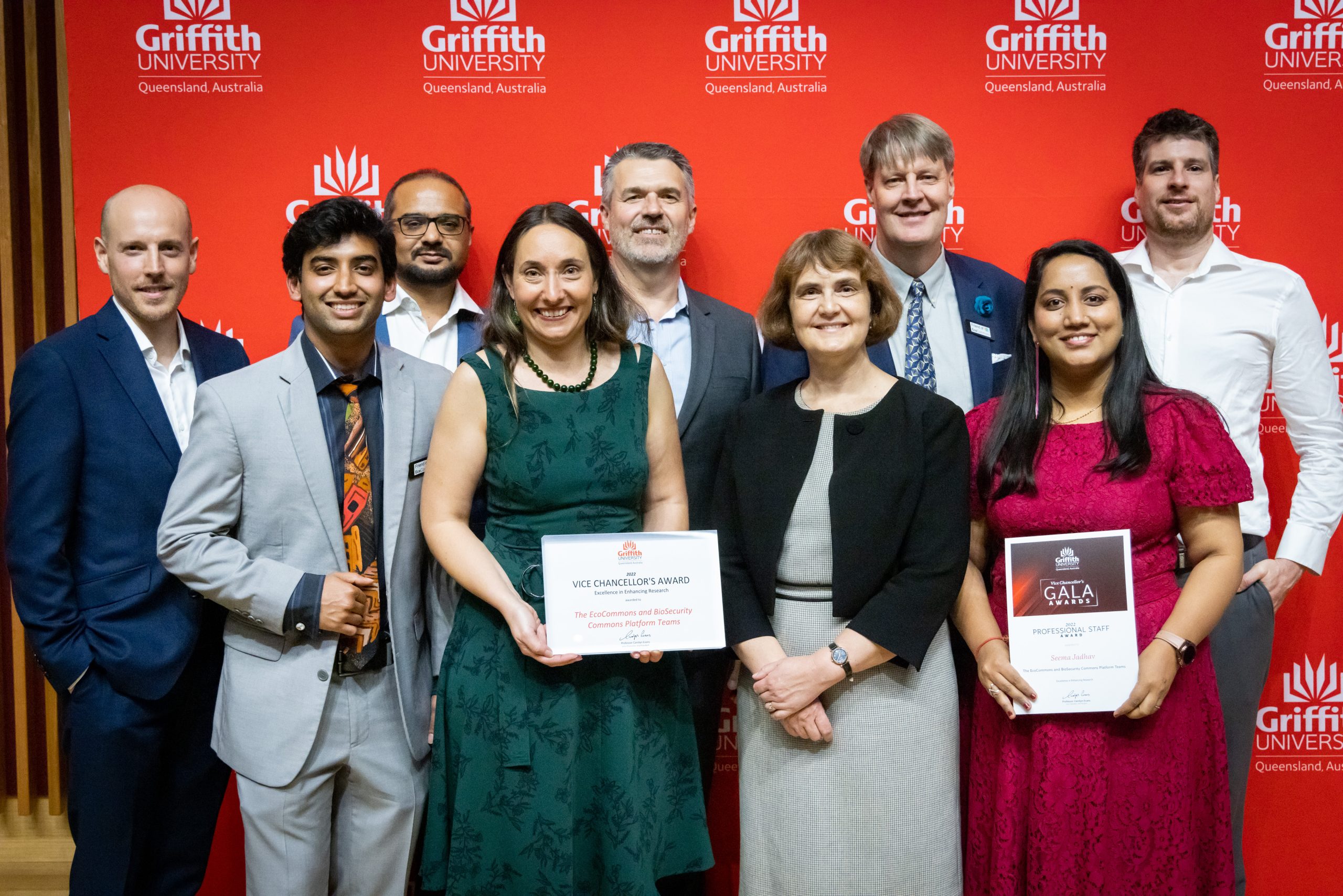 Both projects have been recognised for their outstanding contribution and initiative in support services that have helped enhance research capacity or outcomes at either departmental level or university-wide level.

Biosecurity Commons will deliver a cloud-based decision-support platform for modelling and analysing biosecurity risk and response, while EcoCommons will transform how researchers and decision-makers can predict and take action on ecological and environmental challenges.

The two projects are being developed side-by-side with Biosecurity Commons set to launch in May 2023 and EcoCommons on 29 November 2022.

Both platforms will empower Australian practitioners and researchers to use trusted datasets, modelling tools, and training resources to produce high-quality research that will inform and accelerate evidence-based policy and decision-making for the environmental, conservation and biosecurity sectors.

The Biosecurity Commons and EcoCommons Australia projects are the first of their kind to demonstrate the re-use of a core platform infrastructure for scientific modelling.

The Vice Chancellor’s Gala Awards recognise the exceptional work of Griffith University staff across the fields of research, professional and support, learning and teaching, and internationalisation.

The awards were presented at the Vice Chancellor’s Gala Awards ceremony at Griffith’s Gold Coast campus on 24 November.